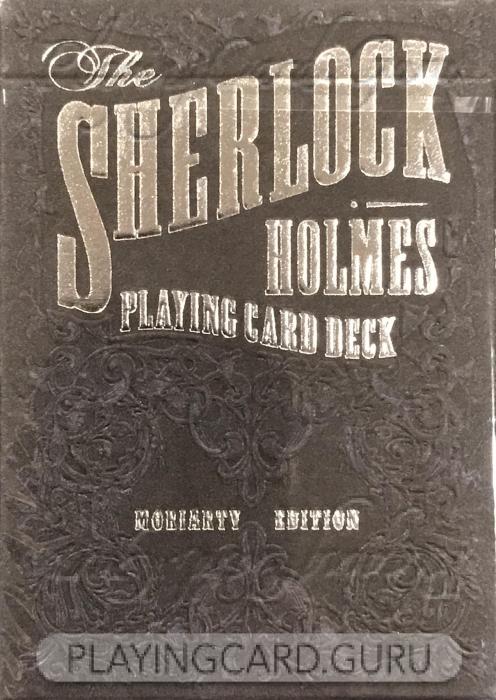 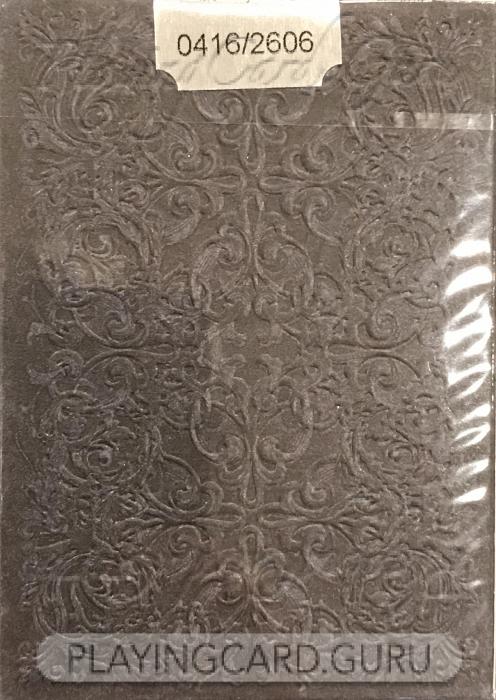 The Moriarty Edition features a simple but elegant tuck case, that features intricate embossing and silver foiling. The Moriarty Edition courts cards are a whimsical stylized rendition of the characters of the Conan Doyle world that still have an element of the traditional court cards we are all accustomed to. The courts designs are the same as the Holmes Edition but with a cold desaturated feel, with elements of grunge and decay, to pay homage to evil villain the take their name sake from. The Moriarty Edition also features Metallic Silver Ink in the place of metallic red. Error #1 The font for the Ace of Spades is the font used in the Holmes Edition Deck. The Ace of Clubs on the left has the correct font. Error #2 The Jack of Clubs Character should have the name "Moran" on the Banner instead of "Moriarty". Error #3 The Queen of Spades should have the name "Hudson" on the Banner instead of "Morstan".