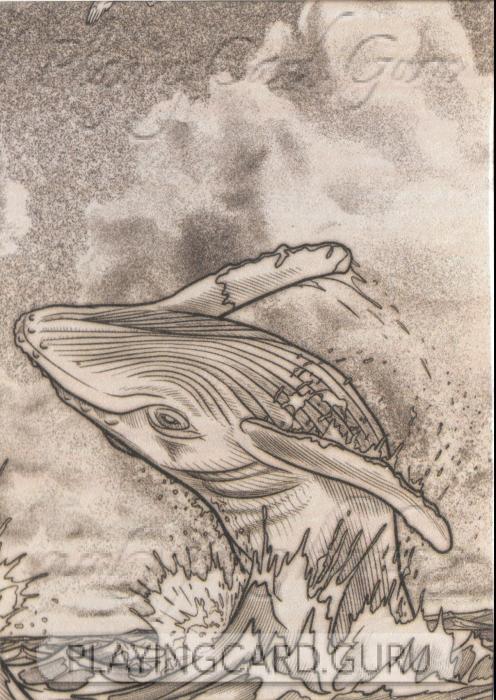 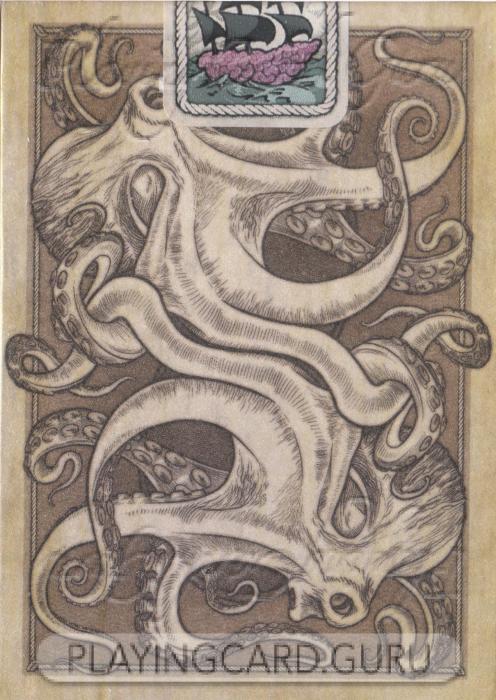 Our Sea Creatures deck features twelve sea beasts illustrated as the court cards, a custom Ace of Spades, and a joker diptych of an iconic battle between a sperm whale & a giant squid. Aesthetically, this deck is meant to invoke the period art of scrimshaw. The sea holds countless secrets. Seafarers gave birth to myths, and sea creatures inspired many of them. Creatures chosen for this collection are tied to the lives and legends of the men and women who forged their own adventure upon the sea. Delve to the depths and explore the world beneath in this select illustrated anthology. All four decks (Pirates, Sea Creatures, Master Deck's East and West) align to create an epic sea battle.