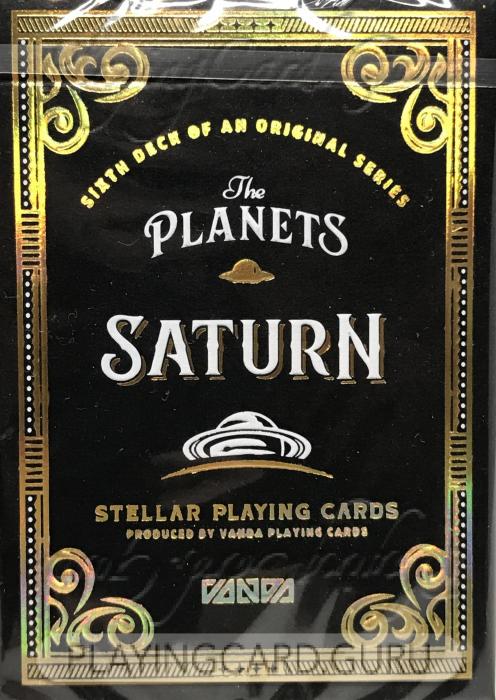 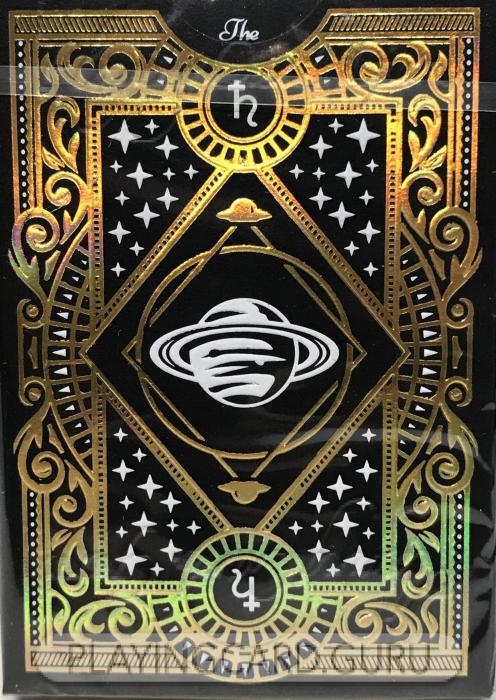 The Planets is a collection of decks representing the planets in our solar system, starting closest to the sun and moving outwards into the surrounding universe. This is the sixth deck in the series. Saturn is considered to rule Capricorn, which is symbolized by the goat, hence the goat-like beings represented in the Saturn court cards. The Jacks allude to Saturn's Greek counterpart Cronus, being associated with the passing of time and relevance to the harvest seasons. Notice that the hats worn by the Jacks are shaped like the planet itself. Look closely and you'll find other symbolism woven into the illustrations of the courts. The tuckboxes were printed by Clove St. Press.

( 1 available for trade or purchase )