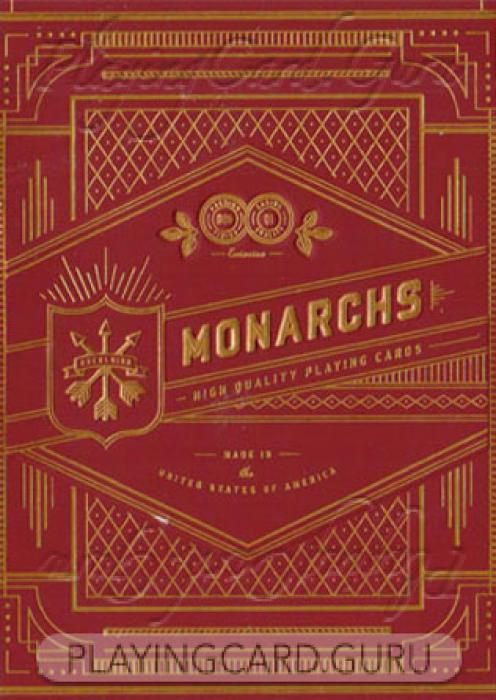 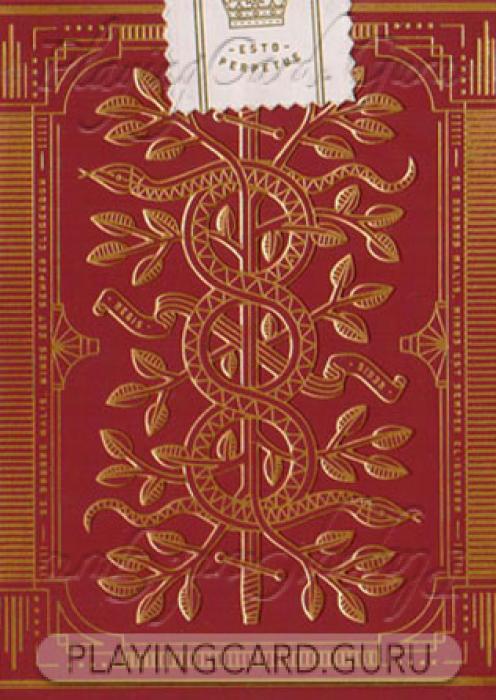 When Theory11 produced their Monarch deck, it was originally planned to be made with gold metallic ink on the backs. The first 144 decks had this, and was sent out early to reviewers and such. When the rest were to be printed, however, there was something wrong and they decided to drop the gold ink altogether. The words "de duobus malis, minus est semper eligenoum" can be found along the edges. The box is fully embossed with gold on all sides, including the display of the back design on the back. Comes with 2 identical custom Jokers, a custom Ace of Spades and a double backed gaff card.