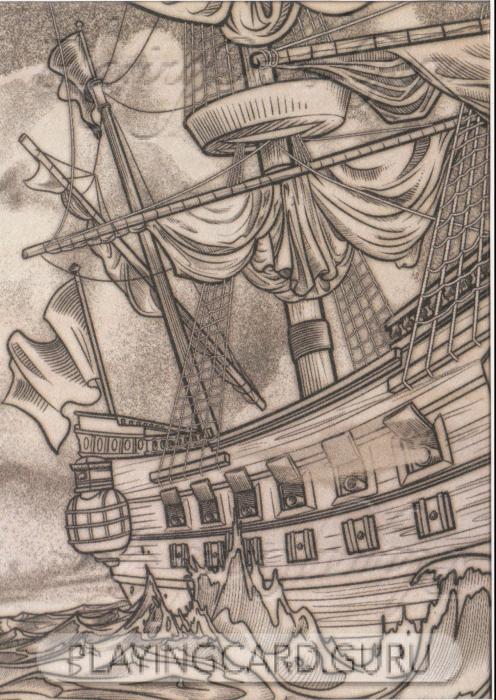 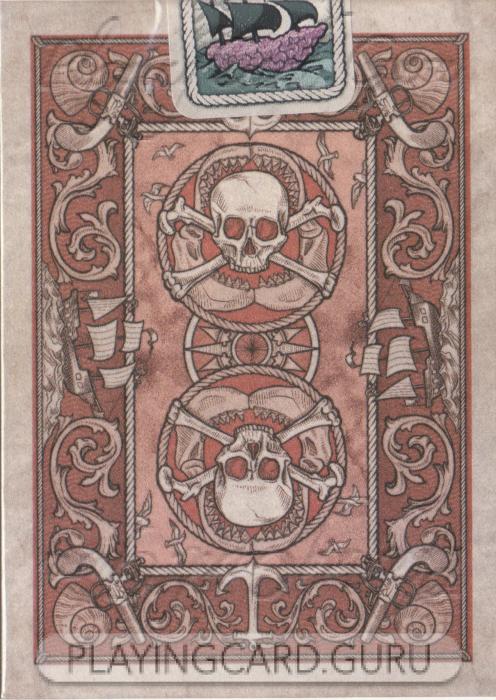 The East & West Masters Decks have fifty four unique illustrations. Both the court cards and the ranked cards hold these unique illustrations. Using all new illustrations from the Pirates and Sea Creatures decks, and adding them to the century inspired art from the original Seven Seas deck, BV created the Master Decks. In the Master Decks, every card is illustrated, and every illustration is unique. These segments include, famous pirates, ships, sea creatures, monsters, and lore. The East version has a red design upon the back. Ranked cards feature a more minimalist & borderless scheme, easily distinguishing them from the court cards. All four decks (Pirates, Sea Creatures, Master Deck's East and West) align to create an epic sea battle.